A poem from my latest collection Mouthbrooders, published by Homebound Publications.

Visit the store to order and support National Poetry Month, Independent Publishers, and writers who want to share their words.

The poem began as a class exercise. My students were experimenting with fixed and traditional form poems. I gave them the option of trying a villanelle or a sestina. Some had trouble getting started, so I offered a few images that they could pool from. We had discussed the form and how repetition functions differently in each of these forms. The sestina incorporates repeated end words–words at the end of the line–in a pattern of six line stanzas. A “map” or chart is helpful, and I gave them handouts and examples to follow. As they worked, I asked each student for one word–my aim was to use their words, fixed in a pattern of the sestina. I also had in mind a debate about whether or not a pattern can overwhelm a poem and another debate about how meaning functions in the realm of pattern. Big questions for a 75 minute class.

In the end, I had about 20 words, which I wrote down in order, then supplemented to create six word lines which I then formed into six line stanzas. The exercise challenged me to see how word choice leads pretty naturally to syntax and a need to find meaning not only in words, but in phrases. Beyond that, the challenge was to vary the lines enough so that the repetition (already expected in the sestina form) wouldn’t overwhelm or underwhelm the poem. As I wrote, the fun was in rearranging in interesting ways for sound, then meaning. As I read and recorded the poem, the fun was in managing my voice, the cadence, the pronunciation and articulation of each word and each line. This made me think more about punctuation choices as well as line breaks (enjambing and endstopping–or not).

Whether the poem has logic or “meaning” is now up to the listener. For me, I enjoyed the practice, but I mostly enjoyed that the words were given by my students, and in a way, it’s their poem.

“My writing process saves a fair percentage of time
for self-doubt and lack of artistic confidence.”

It starts with an encounter. There is a notarized mammal, a dead serpent, and a preserved misspelling. Then a mythical flash of inspiration, the grabbing for tool and template, and the clumsy yet magical act of documentation. Just like the muses prophesized. Read more:

More often than not, the process begins with a mistake.

This feature appeared in the May 14 2018 issue of Woven Tail Press‘s website.

My new collection, Mouthbrooders, is ready to go to the printer for release in June. Order your copy and support Homebound Publications and get a 20% discount.

Almost a foot of snow fell last night, and this morning’s best-laid plans were tossed away when the plowman’s tires spun more quickly than the clock which told me I’d be late for class. Machines did what machines do, a little better than we can do ourselves.


Waiting for the Plowman

In the morning: Rousseau’s Confessions. Breakfast:
something forgettable and unfulfilling, toast,
the white of an egg circling a shiny yolk.

By midday, the desert of chalk buries the laurel
and watching juncos burrow under the feeder
suffices for motion. Blank under its plastic face

the kitchen dial signals two o’clock with sleek
anemic hands. Within the hour, sugar held
in the spoon’s mouth is let go into black liquid,

and boots, scuffed and sheltered alert the tangled
knit scarf to concoct itself. At four, shovel in hand
I depart to do the job myself. The man

and his truck are nowhere to be found
even though the blizzard’s end is new
and he promised and there is a lot of it.

Lighter than a pile of proverbial feathers
but sticky and heaping, the first bundle I take
begins to build a dune around the driveway

but there is nowhere else to go and no rest
and nothing to do to lessen the white
except to bend at the knees and let it fly.


“Waiting for the Plowman” first appeared in the summer 2016 issue of Sixfold, and will appear in my forthcoming collection Mouthbrooders, coming out this summer from Homebound Publications.

I.
a baby’s first tears,
wrapped in the arms of a mother with fears
a cigarette bowing to the flame
and a vision upon paper with inked emotion
a light breeze making branches sway
and the sun’s dance on hard concrete
a mouthful of honey,
the sweetest stopping of breath
a cluster of words with power
to break history and sleep with lullabies
an escape; suddenly you find a light
that guides you to freedom
a life preserver: keeping me
from drowning in my thoughts
the sky at night, open
yet hard for one to see without clear vision
as stimulating as green tea
and as hard to sleep after

II.
Rhythm, brain down to fingertips
exploding
Life with depth, a looking glass, an entrance
to a world
Poetry opens unlearned minds
to live the impossible through the imagined

III.
a rebirth of ideas, precisely ironed
the power to defy time
the soul coming out to speak
an attempt to point

IV.
A poet is a soldier, lover, and fighter packed in one.
A therapist for all aspects of my being
A poet is a pathologist and the muse his corpse,
cracking open each vein to see what brought it to his table.

After the ice storm, it’s good to get back to the living world, back to performing ordinary acts.

A Gathering of Sorts

As morning curdles its way to noontime,
autumn plays its lazy guitar.
To join the living world,
we make our way to the post office
with enough change in hand for three stamps.
Their duty is delivering messages:
a utility bill, the insurance payment, a letter
to a friend. In the front of the line,
a woman’s daughter spins
and spins in her orbit.

Gathering packages in his arms,
a man, Santa-like in tweed jacket
and leather cap, stands beside
a painter covered in plaster.
He sways and looks away
from us, staring instead into
the clouds of his day.

Each day a mixture of light and color
penetrates our trust. We place our faith
in little things: the oak’s red summit,
a stamped envelope,
holding the door for each other
as we enter and leave each other’s lives.

When I switched from squats to deadlifts a few weeks ago, I have to admit I was a little sad to give away one metaphor–carrying myself out of a burning building–for that of another–lifting the dead. But I got over it pretty quick, metaphorically at least.

And I could say that my efforts are wrapped around notions of becoming a new, better, stronger person by disposing of that old, “dead” self. I could say that with every lift I’m fighting off the terrors of a bleak, immobile future. I could say that weight lifting allows me to lift away a yolk of self-doubt and emerge, 82.5 pounds later with superpower insight and unwavering badassness. But that’s not the case at all.

You won’t believe me, but I do it for words.

Squat: to “thrust down with force,” (modern English) from the Old French, “esquatir” (to flatten) by way of Latin “cogere” (compel).  Crush, crouch in hiding.

The origin of “deadlift” apparently dates back to the Roman empire, to soldiers lifting the dead off the battlefield.  A literal origin, we could say.

And also this: Dead:  of water, “still, standing,” from Proto-Germanic.

I do it because poetry is strong and words matter. So, this too:

On a good day the bar is clear, cage
empty, uncluttered. On a good day
I have to stack my own black disks
and clip them tight. One solitary
bough waits for me to strap it onto
my back and climb the mountain
of steel and circumstance.

I brace, measure my grip, shoulders
strong and lithe, and command muscle
to contract. No chalk, no gloves, no talk,
no audience of men, no breath besides
this one. In the mirror I see her,
the one who devours concrete,
chase the past away with stinging arrows.

scrapes a far away gazer’s

her mind, freeing a thousand 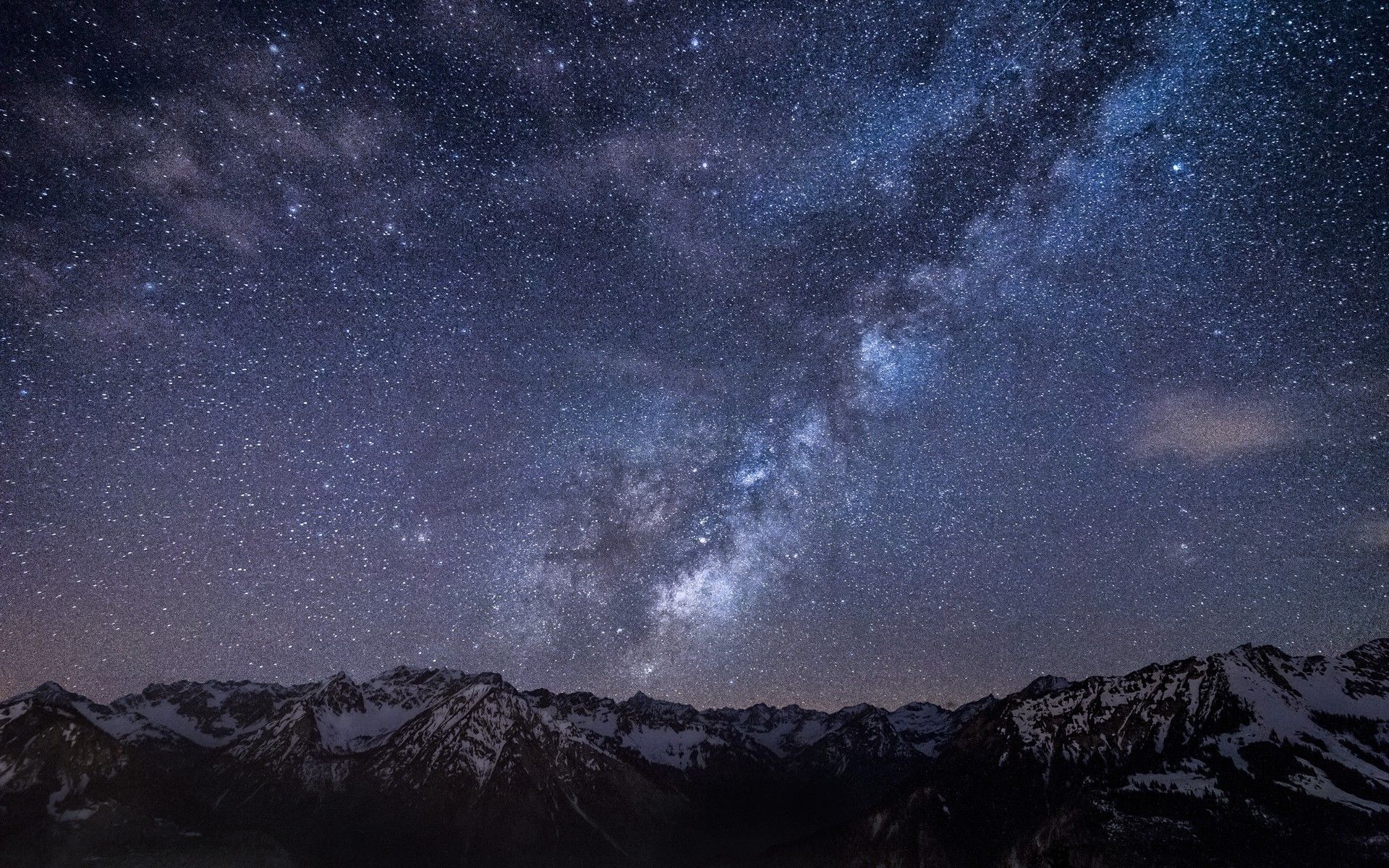